Scripts with a Mission

SCANDAL (1989, political shennanigans that brought down a government)

A KNIGHT OUT (1994-Present, series of autobiographical shows focusing on gay characters and writers, to benefit LGBT causes.)

THIN ICE (1994, mockumentary about lesbian figure-skaters at the Gay Games)

AN ENEMY OF THE PEOPLE (1998, Ibsen's play which inspired Jaws and other whistle-blowing stories)

TERRE HAUTE (2005, with a gay character based on Gore Vidal) 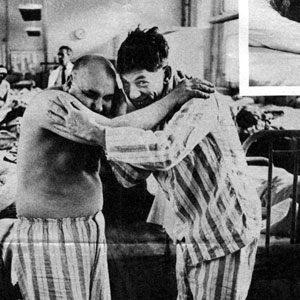 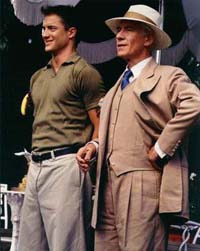 1982: Tears in Bratislava: Richard II in Czechoslovakia
Any play, even one by Shakespeare - even a success, which our Richard II certainly was - any play can pall for the actors who have to repeat it night after night after matinee. Read More

1990: Out With Your Lies
"Silence at Court - McKellen warns of a new sensation". That was the Evening Standard's headline when Michael Owen interviewed me 11 years ago, as Bent was about to have its world premiere at the Royal Court Theatre. Read More