Q: I just saw that you are going to play in Dödsdansen (Dance of Death) on Broadway, which unfortunately I won't be able to see since there is no way I could save the money for a trip to USA right now. Is this your first encounter with Strindberg (or any other Swedish playwright for that matter) and what do you think of our (I'm Swedish, obviously) contribution to the world of theater?

A: This is my first direct encounter with Strindberg although I had seen Dance of Death twice on stage (in English) and recently Robert Wilson's version of his Dream Play. In preparing for this production the cast have looked at Strindberg's photographs and paintings and read some of his published letters. I concur with the academic view that he single-handedly established the major developments of modern theatre and recognise his influence on some of my favourite playwrights from Noël Coward to Samuel Beckett.

Q: Huzzah! I have my tickets to "Dance of Death" and am looking forward to seeing you perform on stage (my first time). I've just received a copy of Strindberg's play, as translated by Arvid Paulson, from the public library. Do you have any suggestions for someone who is reading it for the first time?

A: I'm not familiar with the Paulson translation - ours is by Richard Greenberg which has been admired for its witty phrasing and a modern style that isn't at odds with a play written 100 years ago. You won't need to bone up on the play in advance of our production - the story is clear and easy to follow (and laugh along with!) 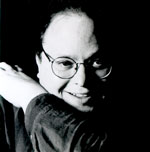 Q: I just wanted to wish you strength and health during your time in New York, with the hope that your work there will not have been in vain, and that the production will continue and bring what hope and strength it may offer to the citizens, as is part of the purpose and nature of art. Perhaps some will find solace in the shared experience of theatre; and it seems natural to offer what skills we have available, each in our own way.

A: Broadway shows closed on 11 and 12 September then reopened with their marquee lights dimmed in respect. We were rehearsing on 44th Street where I watched the exploding towers on the large video screens of Times Square: we didn't interrupt our work.

Since we started preview performances three weeks ago we have played to full houses of local residents, the real theatre enthusiasts, who like us performers believe that "the show must go on"Â. Theatre ministers to the spirit and imagination and at times of national stress, many people hold on by sitting in the dark with like-minded people, laughing and crying at the world's antics. Dance of Death and its neighbours on west 44th Street, The Producers and Phantom of the Opera may have nothing to say about the Middle East and America. That doesn't make them irrelevant to the lives of the audience.

Mayor Guiliani has urged tourists and New Yorkers to get out and back to the theatres and restaurants for which the city is most famous.

It may be some time before the current disaffection with air travel fades and people start visiting Manhattan once more. I have had recent visits from intrepid Europeans but Americans are still nervous it seems. When they do come here they will find Broadway as joyful and even as confident as ever.

Q: Your coming to New York at this time and giving a bravo performance in "Dance of Death" was a tonic for many of us. By the way, when is Charlie Rose going to show your interview?

A: We have all felt very welcome. Helen Mirren and I were bumped from Charlie Roses's show two weeks back by Henry Kissinger. Maybe when the programme reverts to its usual formula which includes the arts as well as politics, we may be asked back. 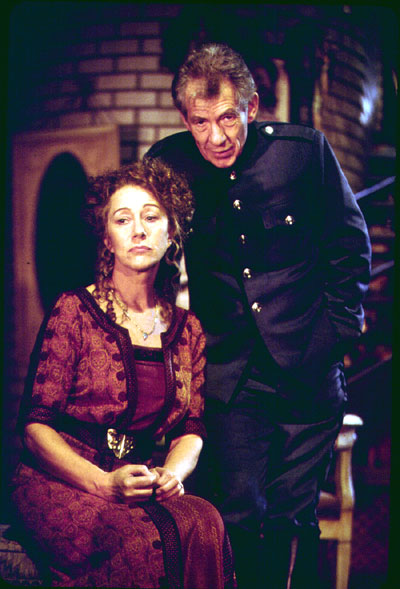 Q: How tiring are 8 performances a week? How do you relax?

A: Three times a week, rehearsals were preceded by Kundalini Yoga sessions which stretched us for long days standing up and emoting and, in my case, dancing. I still can't quite believe that I am actually dancing as well as acting on Broadway and it is that wonderment at my luck that keeps me going. I eat carefully and sleep a lot but I like a night out and I'm not a hermit. The play is short and I get to sit a lot — Shakespeare by contrast lasts for hours and has you, like as not, fighting to the death before the end. In Dance of Death I end up sitting on the stage itself chatting to Helen Mirren.