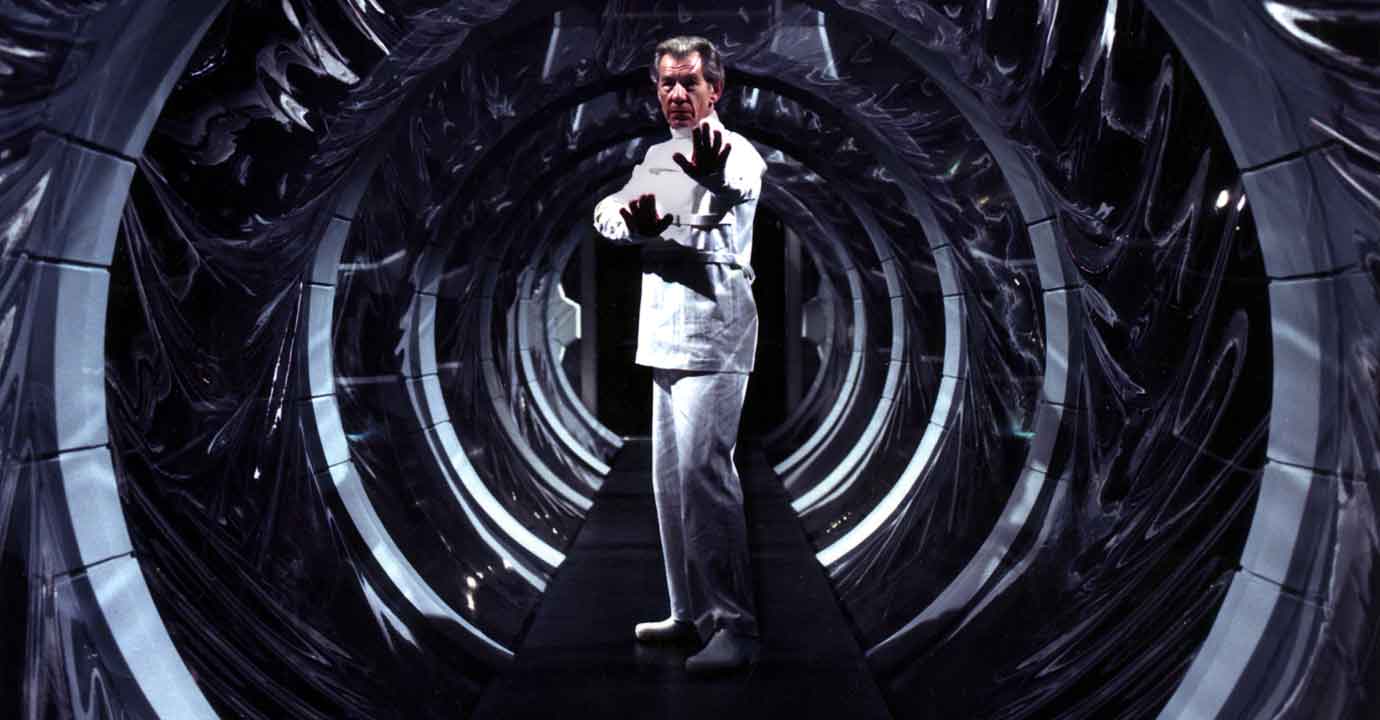 Q: How involved are you, if at all, with the plotting/scripting process for X-Men 2? As an established star of the franchise, do you get input into Magneto's development or do Fox and Bryan Singer just hand you the finished product?

A: Like everyone else I have just been waiting for the screenplay (and now its second draft) to arrive.

Q: Everyone knows that X-men 2 will be filming here :) in Vancouver in June. However, I would like to know if you have additional info on where else (if any) the movie will be shot.

A: I shall not be filming away from Vancouver and its environs. I start filming the first week in July.

Q: It has been pretty well confirmed... or at least strongly hinted that the Sentinels are coming. It would be a waste of their characters to include them just to be captured. (Maybe they break Magento out of his plastic prison.)

A: Magento? I can confirm at least that that is wrong. As for how Magneto escapes or indeed if he escapes at all or whether he wants to escape, you must wait and see.

Q: How would Magneto escape an all-plastic prison? Well, doesn't his blood contain iron? Thus, Magneto would "super heat" the iron in his blood... which, in turn, would heat up his veins... which, in turn would slowly melt the plastic. This, of course, would cause great pain to Magneto. Oh, my question... have you played either Marvel Super Heroes or X-Men Vs. Street Fighter? (they are arcade games)?

A: Interesting theories, you must wait and see. I can never ride or play those arcade machines. Their instructions are so complex that I'm still trying to understand them long after the game is over.

Q: I recently read that you had said that Magneto might escape from prison if he's got a bit of gold in his teeth. This, to me, sounds very weird, since gold is NOT magnetic. And neither is silver, nor aluminium nor lead, actually no other metals than, of course, iron, and nickel. So, what I want to know, since I guess you know more about Mags than I do, is: can he control metals except iron and nickel? If so, how? Has this matter been discussed at all? And now on to my second question. I read, that you said you wore paddings under your clothing when you played Magneto. Is this true, and if so, why on the earth did you do that?

A: There have been no discussions about the gold tooth because I first brought it up only as a joke. The previous mailer mentions magnesium. Why shouldn't Magneto have an iron tooth anyway? Or a nickel one? You must wait and see. Magneto in the comics is superhumanly built - that would be the point of any padding.

Q: How much we are going to see of Halle Berry (A.K.A.Storm)...she really didn't really get that much screentime in the first movie u know?

A: It must have been a problem for the scriptwriters to accommodate the increasingly popular Halle and indeed Hugh Jackman. Balancing the needs for each character in an ensemble film takes skill and X-Men2 is brilliant at giving everyone a fair crack.

Q: I have heard from other sites that Nightcrawler, Angel are going to be in the sequel, but also I heard that Gambit, Beast and Psylocke were going to be in the film. Also I heard a plot where the Legacy Virus was unleased against mutants and the X men are in a race against time to stop it. Also did Senator Kelly really die in the movie or was it a hoax?

A: As for your first seven assumptions you must wait and see. As for Kelly, didn't you see the first movie? Check out the DVD and the colour of the Senatorial eyes by the end.

Q: I have heard rumours of Ray Park and Tyler Mane not reappearing in the sequel. Are there any truth to these rumours or just rubbish on the internet?

A: You don't have to read the screenplay of X-Men2 to know Ray and Tyler would be in it. It's common knowledge that all the original leading actors were contracted to do a sequel if one were made.

Q: In an interview Bryan Singer mentioned the possibility of X-Men 3,4 and 5 would you consider appearing in 5 movies if asked?

A: I shan't know that until I'm asked. Meanwhile Bryan and I will be concentrating on X-Men2.