A new play by Mark Ravenhill

Ian McKellen in the role of "Paul" 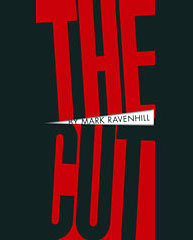 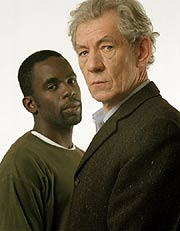 "A visceral portrait of dystopia both grips and mystifies"
— Michael Portillo, New Statesman

"Nobody can be inwardly and outwardly ravaged like Sir Ian"
— Benedict Nightingale, The Times

"A masterly performance by Ian McKellen" — Michael Billington, The Guardian

"McKellen is often riveting as the troubled Government operative, switching from urbanity to anger, and from the mundane to the lachrymose, in the blink of an eye."
— Charles Spencer, The Telegraph

"McKellen spends 99% of the play’s 90 minutes on stage, expressing Paul’s inward and outward turmoil, and proving why he is so highly regarded as a stage performer."
— Matthew Amer, London Theatre Guide

Next Play: A KNIGHT OUT IN LOS ANGELES