2016 UK Tour and Limited Run in London at Wyndham's Theatre

Outstanding Actor in a Play
Ian McKellen - No Man's Land

In No Man's Land, two elderly men have met in a London pub. Spooner says he's a poet: Hirst might be a critic. They drink a great deal and they talk about the past, which perhaps they shared. This is Harold Pinter at his wittiest. The comedy even survives the threatening presence of two younger men. Since its premiere in 1975 and its acclaimed London revival in 2008, No Man's Land has been hailed as one of Pinter's "indisputable modern classics" (Telegraph). Now Ian McKellen ("Spooner") and Patrick Stewart ("Hirst") inhabit this unsettling drama, first for Berkeley Rep audiences and then on Broadway, where it will be performed in repertory with Waiting for Godot. Both plays are directed by Sean Mathias and also star Billy Crudup as "Foster/Lucky" and Shuler Hensley as "Briggs/Pozzo."

"I have many reasons, professional and personal, to care about San Francisco. I was last on stage there with The National Theatre's Richard III, when I lodged with Armistead Maupin and his partner. As Magneto, I bestrode the Golden Gate Bridge and flew it to Alcatraz. It's high time I played Berkeley Rep, and I'm so pleased to be doing that at last in No Man's Land (my first professional Pinter) and in such distinguished company." — Ian McKellen, April 2013

Director Sean Mathias gives us the scoop on the theatrical event of the year. 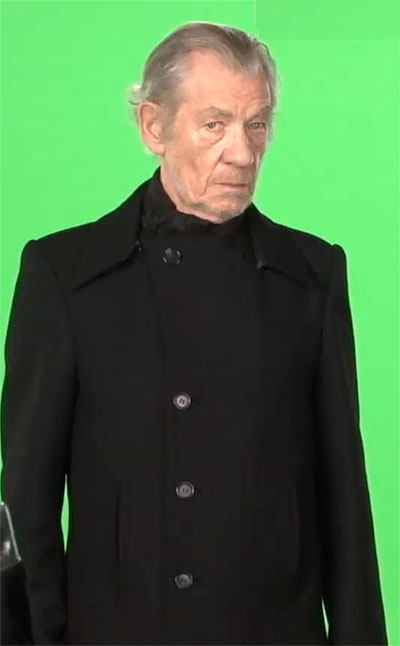