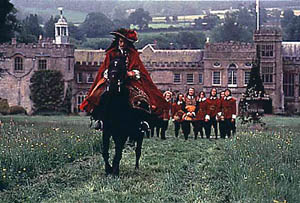 Invited to the Court of the charismatic King Charles II (Sam Neill), the high-spirited young Robert Merivel (Robert Downey, Jr.) cheerfully abandons his medical studies to accept the post of Royal Physician. At the King's request, he enters into a marriage of convenience with Celia (Polly Walker), the youngest Royal mistress. In return for a knighthood and a country estate run by Will Gates (Ian McKellen), the King commands Merivel to forgo any conjugal rights to his bride. However, encouraged by the King's portrait painter Finn (Hugh Grant), Merivel is unable to control his lust for Celia. She firmly rebuffs his advances, and the King, in his rage at Merivel's disobedience, strips him of his land and title. He is forced to seek shelter within the confines of an austere Quaker hospice run by John Pearce (David Thewlis), his oldest friend and former medical colleague. Once again, Merivel falls prey to the temptations of the flesh, and seeks solace in the arms of Katharine (Meg Ryan), a patient. Found out and expelled, Merivel takes the now pregnant Katharine back to London. At last he harnesses his resources and in the face of extraordinary adversity, redeems himself as a physician and a man. 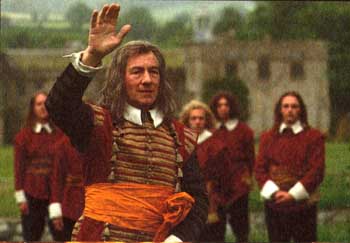 Words by Ian McKellen about Restoration