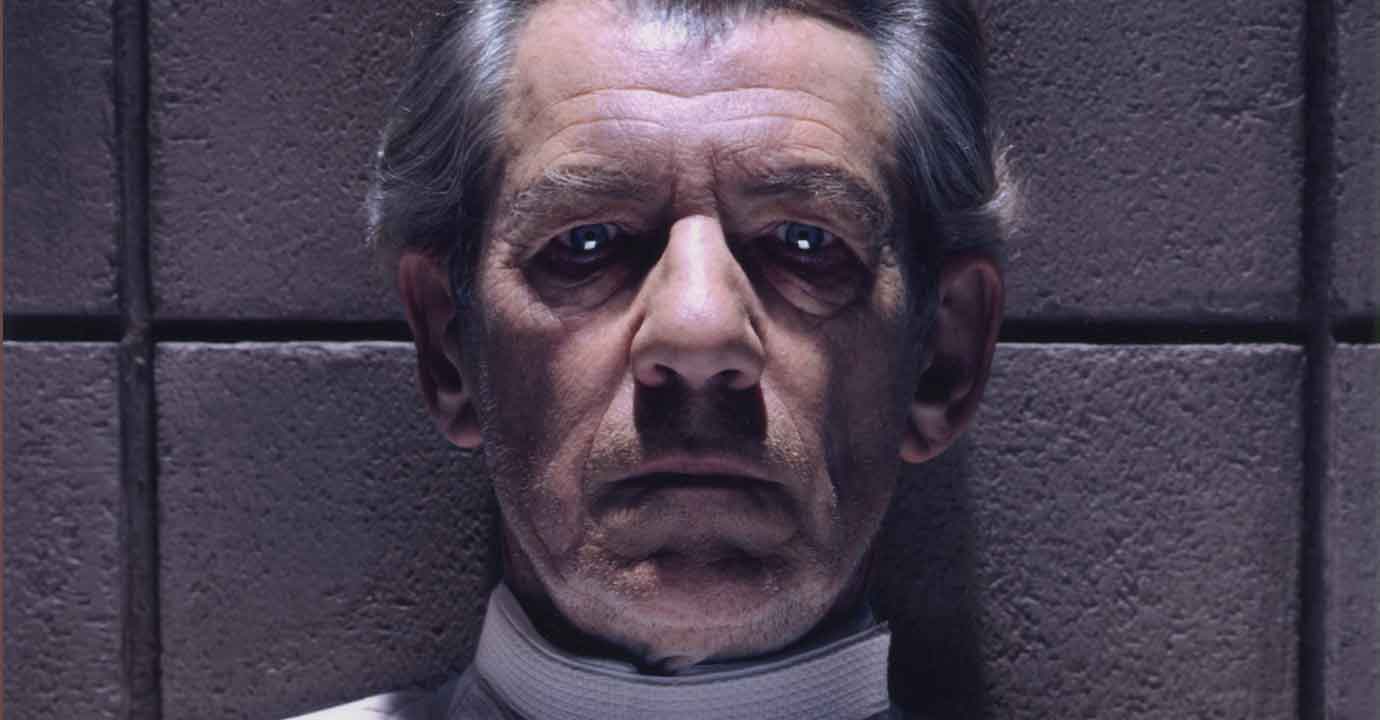 Q: Do you feel as excited about a role such as Magneto as you are about heavily character based roles such as you played in Gods and Monsters and Richard III?

A: It can be hard rooting the actions of super-heroes firmly in their character as obviously a script based on a comic book will be less complicated than something originally written by Christopher Bram let alone by William Shakespeare!

Q: I know you can't talk about anything that has to do with the sequel... but can you tell the fans if there will be more action in the sequel....I for one was very happy with the first movie but a lot of X-Men fans expected more action and for it to be longer than it was...tell me what you can....thanks

A: Everyone who reads the script for the new film comments on how much action there is in it — this may not end up being the dominant feature of the finished movie, rather that descriptions of action in screenplays tend to be long-winded and excitingly written-up a) to satisfy those like me who can't easily translate a script into images and b) to give the stunt department detailed warning of what will be required of them.

Q: Looking at the last comic book franchise (the Batman and Superman films), the originals were brilliant but the quality dipped as more and more sequels were made (Culminating in the Batman & Robin film which almost killed off the comic book movie "genre"). Do have any fears that "Hollywood" will milk the X-franchise through multiple sequels until the make a similar god-awful film that will kill off the comic-book franchise, or will they have the sense to exit the stage gracefully?

A: My favourite Shakespeare play is a sequel, Henry 4th part 2, where he expands the scope of part 1 to encompass and dramatise an entire nation. James Whale's Bride of Frankenstein is wittier and more popular with afficionados than Frankenstein, which proceeded it. Peter Jackson tells me part 2 of Lord of the Rings is a better film than the first and will be surpassed by the third. And although Two Towers and Return of the King aren't sequels at all, they point to the truth that the creator might get better with a second go and perhaps, as in the case of X-Men2 a bigger budget. Hugo Weaving tells me the two new Matrixes are up to scratch.

Bryan Singer is back with the old team in front of and behind the camera. All will be more than well. After this one why not a series of movies centring, as the comic books do, on separate mutants? There is no reason why X-Men should ever decline into being just a franchise and branding for toys.

Q: Are you enjoying your time in Vancouver, and what do you do on your off time? You should come to Nanaimo for our Bathtub race...you'd make a great King Neptune....

A: Vancouver's reputation is of rain but in my first month here it has been perfect summer. I have been able to go up the local mountains at Whistler and elsewhere and this week I've climbed above Lake Louise in the Canadian Rockies. I am seeing movies and watching sunsets. 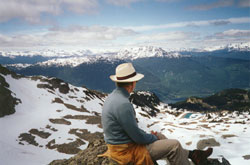 Q: Obviously The Lord of the Rings Trilogy is finished, but with X-Men 2 coming up, it seems like you are doing more films that require more physical exertion. Do you have a special exercise regimen to keep you in shape?

A: The only times I have taken exercise seriously have been in training for specific jobs e.g. three months of Pilates preparing to play the super-athletic Coriolanus on stage. The physical exertions required for Gandalf and Magneto are more in the hands of the film's technicians than in mine. It happens that I am currently trying to eat and exercise healthily during my sojourn in Vancouver, encouraged by the support of Steve Thomson, the Kiwi masseur/physiotherapist who worked with the cast and crew of Lord of the Rings. He is cooking for me and leading me on daily sorties toward fitness (walking, jogging, stretching, simple yoga and the like).

Q: Do you know at all if your costume is altered in this film? If so could we expect something leaning towards the comic costume? It seams so much more regal and commanding than the movie costume. I am a fan of spandex but it doesn't make the character, as you showed us in the first film.

A: As one who has often worked in tights (made of wool, cotton, a nylon-mix although not as yet Spandex) I regretted that some approximation of the comic book uniforms wasn't attempted in the first film. For the sequel I even suggested that Magneto should be seen either sleeping in spandex or exercising in it his gymnasium or that his underwear under his stylish grey cloak-jacket should look like the super-hero outfit that springs out of the original Marvel illustrations. You can expect to see Magneto looking much as he did first time round.

Q: Will Mystique look different in the second movie (longer hair, clothes, weapons) and also will she have more lines?

A: Mystique and Magneto are yet to be reunited on the set but I should be disappointed if she looked any different from last time. Rebecca was heroic to suffer that overall body make-up but to what effect!

Q: You and Brian Cox (Stryker) have famously sparred before in RICHARD III and KING LEAR at the National Theatre. Who gets the larger Winnebago this time?

A: When I was invited to organise a company of actors to present two classic plays in repertoire at the Royal National Theatre in 1990, I first asked Deborah Warner to pick a play. She wanted to pursue her relationship with Brian Cox who had been feted as Titus Andronicus in her terrific production for the Royal Shakespeare Company. So that's how he came to play King Lear and I supported him as Kent, the favour reversed in Richard III when he was Buckingham (the part Jim Broadbent played in the movie). Brian was a huge help to me as producer of the world tour of Lear and Richard and wrote about it all in his published book "The Lear Diaries" (Methuen, 1992)

As for the trailers provided for the cast of X-Men they seem to be the same size for the prinicipal actors.

Q: How is working with Anna Paquin? You have pictures with everyone from the first movie cast but her. Is she lovely as she seems to be? Thanks.

A: Since the first movie, Anna has studied at Columbia University in New York where she lives. She has also worked onstage in London. I must make sure there's a photo of us this time round.

Q: when does the xmen movie take place and where?!

A: The story begins in Washington DC shortly after the first movie ends.

Q: One of the classic mistakes of the X-Men comic was in having Magneto be able to affect people "by the iron in their blood". It's been repeated by many fans of the series, most recently in a question in your 20 Jun 2002 E-post. It's really just another example of bad comic book science. Just for your information, magnetism affects iron because it possesses a quality called "ferromagnetism". It's important to understand that ferromagnetism is a property that accrues only when the ferromagnetic material is present in bulk, requiring millions of atoms in the solid phase of matter. The iron in blood is not in bulk. One atom at a time is bound into a very large molecule called hemoglobin, which is dissolved in the cytoplasm of your red blood cells. Accordingly, that lone atom is not ferromagnetic. Magnetic power such as Magneto's could therefore not affect the iron in your blood. As a matter of fact, oxygen atoms are individually about as magnetic as iron atoms, and there are a *lot* more of them in your body; it would be a lot easier for Magneto to use his powers on your oxygen than it would be for him to use them on your iron. That notwithstanding, I am, of course, looking forward to X2, as well as your other film work.

A: Well one learns something everyday, although I had always thought that comic book science shouldn't be confused with the real thing. I passed your mail on to the scriptwriters who said they knew all about iron in the blood so thanks from me if not from them! 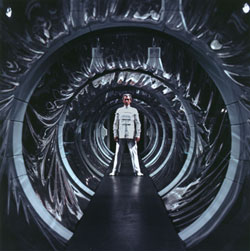 Q: I love what you did on Saturday Night Live portraying Magneto!!! It was delightfully posh.:-) How was it like meeting Kylie Minogue P.s I saw you grooving to her!! go Ian!!!

A: Meeting Kylie Minogue is like meeting the girl next door who happens to be a disco diva. I mentioned her gay following. She said: "Sometimes I think I am a gay man!"